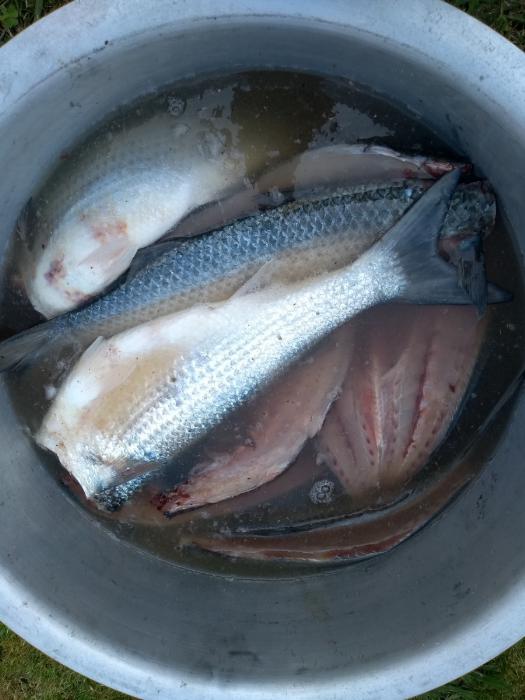 The two main methods of curing meat are dry curing and wet brining.

I have done both methods in various ways over the years, and it will be helpful to provide explanations about how I do it.

As well as which method suits different types of meat curing better.

I start with a quick summary of each method and then get into the details.

Let’s now go into the details of exactly what is going on with each of these methods and then explain why you would use one over the other.

What is Dry Curing?

Dry curing is primarily using salt across the surface of the meat, which draws out some of the moisture, as well as the salt inhibits the meat to slow down the water activity inside the meat.

Water activity is directly correlated with the amount of bacteria that can thrive inside the meat. This was the goal in the olden days to always preserve meat – remove moisture via, salt, smoke and drying. (We have just made is fancy in the modern era)

This method was one of the classics used in many different cultures around the world.

Salt was used in a method called saturation or salt box curing.

In essence, the salt was packed all around the meat. Then the meat was left in this cure for one day per kilogram of meat or one day for 2 pounds of meat approximately.

This method is still used widely today, but over the many years, more people have now switched to what is known as equilibrium curing (% of salt to the weight of meat) which I’ll cover below in more detail.

For extremely long preservation of meat, one could leave the meat and the cure for an extended amount of time and then would have products such as salt beef or salt pork, in the most traditional sense. Dry curing is the way for this, wet curing it can get a bit slimy!

When you’re doing the one day per kilogram type of meat curing (saturation/saltbox), I have found quite often, the meat can be too salty or it’s not salty enough. There are quite a few factors that will influence this method such as:

What is Wet Brining?

Predominantly I use wet brining with fish.

It’s a similar type of traditional technique when you make up the brine and add the meat into the water solution for a certain set amount of time.

Using a salt and water solution for the meat that is being cured will have an uptake of weight because the binding process will occur and some of the water will be stuck inside the meat.

This can be quite beneficial for things like fish. If I am smoking and cooking i.e. hot smoking, then the outcome can mean a more moist cooked product.

The same methodology I apply with wild turkey, and this is also a common technique for making ham that is cooked and is hopefully not so dry.

In the “Commercial Cold and Hot Smoking” book I’ve read, they use wet brining for large amounts of fish. It’s cold and 80° brine which is maxing out the amount of salt that the water can take to a certain degree.

Fish fillets that are half an inch thick only take six or eight minutes until fully cured in this type of brine.

People that make hot smoked bacon, that is bacon which is directly cooked and smoked (smoked to a safe to eat temperature basically) after curing. Then it’s refried after when you want to consume. Many of them prefer wet curing otherwise known as wet brining or pickling or immersion curing.

Equilibrium curing is basically how I do all the dry curing and wet brining now. I have even created a calculator to work out salt levels for either method on the site.

But for a beginners guide check out this post I wrote.

Equilibrium dry curing is a percentage of salt weight to the weight of the meat.

Equilibrium wet curing or brining is a percentage of salt weight to the weight of the meat and water being used.

The big advantage of equilibrium curing, is that you choose the level of saltiness, so you have enough salt for the curing goal that you have.

Then you choose the level of saltiness. BOOM!

So whether you leave the meat and the cure for an extra few days a week doesn’t matter because the salt will equalize to the meat at the amount that you chose. This is the beauty of equilibrium curing.

This is using salt and possibly spices to cure meat, trying to intensify the flavor and preserve the meat.

I also use dry curing for trout and other fish before hot smoking and cook.

The key here is dry curing for something you were going to cook, you are generally using 1% equilibrium salt or at least around that.

But for dry curing, either short or long-term – so I’m talking for weeks to 12 months.

You would be using 2% equilibrium’s dry salt curing minimum.

I have tried wet brining or pickling anything from bacon, turkey, venison, and lots of different types of fish.

Leaner meats like wild turkey are a good candidate for brining, since there is not a lot of fat to keep the moisture in.

An uptake of salty brine keeps the moisture in (like you would cook a turkey for thanksgiving). A lot of guys know the big secret is brining it before cooking.

Basically it’s the same thing with hot smoking as with baking/roasting it.

Wet brining before you hot smoke it, you’re talking about 1 week to six weeks, probably to depending on the project, fat content, and thickness.

What’s the Goal of Your Meat Curing?

What I’m trying to say here is, that it depends on what you want to achieve with your dry curing or your brining to hold moisture before cooking. You might also hot smoking something and want to look for different techniques.

Here is a table about how I use dry curing or wet brining for different projects:

When it comes to cold smoking the majority of times I’ll be using a dry cure.

My goal with cold smoking is basically a form of drying the meat with cold smoke around it. It’s flavor and preservation by moisture reduction.

I go both ways with hot smoking sometimes using the brining effect of holding moisture or to get all moisture out of the meat for a big chunk like hams – which I inject with the brine as well.

But with things like wild trout that I catch I am happy to use a simple dry cure and then smoke it after forming a pellicle, easy breezy!

How Much Meat Do You Have to Cure?

That’s probably another big question when you’re comparing dry curing and wet brining. For a truckload of fish you caught in a net you would preferably use a wet brine for this amount of fish

Ham is generally injected to get the wet brine deep into it especially around the muscle close to the bone which has the potential for unwanted bacterial growth.

Whilst, for most applications dry curing could be the best way.