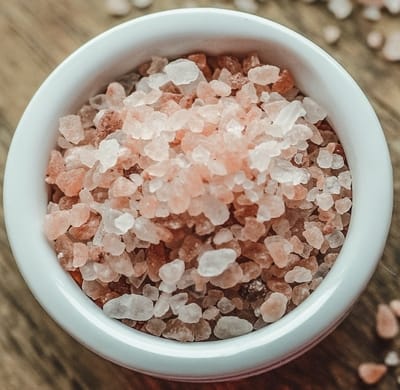 I have used Himalayan pink salt for meat curing, but it seems there’s a bit of confusion about whether it’s a good thing and also actually what it is.

This isn’t going to be very scientific (but will have links) but I have done a little bit of research before I have used it in the past for curing various meats.

I have used Himalayan Pink Salt for curing fish, pork, deer, duck, and many other types of meat. So I thought I would just share some of my experiences and talk about the confusion as well with pink curing salt.

Here’s a quick answer if you’re in a rush, then I’ll just rattle on about some of the things I’ve learned with some links as well.

Himalayan pink salt can be used for meat curing, however, it does contain more trace minerals compared to sea salt. This may influence meat curing results. There is a large difference between Himalayan Pink Salt and Pink Curing Salt.

But I haven’t been able to find specifics in English in regards to this.

There are also a lot of health claims about the benefits of either consuming Himalayan pink salt or being close to it or putting it into the water and drinking the water.

I’m not going to get into that type of detail, this is more just related to curing meats.

My Experience with Himalayan Pink Salt for Meat Curing

In the past, whether making dry-cured bacon or some other form of dry-cured meat I actually can’t remember specifically which time. But I definitely have used it on multiple meaty projects, and I haven’t noticed any difference in the outcomes.

It is just the extra trace minerals like uranium, even though it is an incredibly small amount and I know it’s not going to have an impact. But I just don’t like the idea of putting uranium in my bacon even if it is a microbe tiny little dot.

What is in Himalayan Pink Salt?

Below you’ll find a link to a table that gives you a full breakdown of what trace minerals are present and Himalayan salt. Most of it is very similar to the various sea salts out there, it kist has a few extra trace minerals.

2% is made up of all the other trace minerals. The majority seems to be similar.

Click on this link here to see all the other bits and pieces that are present. Considering many of these are small decimal places of parts per million or ppm. This really does consist of incredibly small amounts.

Here is the link to the full breakdown of the minerals quite a chunky list.

What Does Pink Curing Salt do to the Meat?

I wrote a whole post going into a bit more detail about pink curing salt.

Here is a quote from a meat science textbook to summarize –

So just to be clear this is pink curing salt no.1 or no.2, this is not in the Himalayan pink salt.

I don’t know about you, but even though I have known the difference for decades, it still is hard for my brain to process the difference!

Curing gets a little complicated sometimes if you are unfamiliar with the lingo – this site is obviously dedicated to dry curing meat, but also aspects of brining using a wet cure.

Some people use the terminology of curing meats with salt before smoking/cooking the meat – often called hot making especially in the United Kingdom.

And then you have that type of salt curing we’re you are really just seasoning the meat before cooking it -like a giant ribeye steak or T-bone.

Personally, I like to stick to good quality sea salt for my meat curing.

Sea salt has a bunch of trace minerals in it and is basically evaporated ocean water. Since this is what I have been using for over 10 years for meat curing I’m quite happy to stick with this.

Table salt is more of highly refined salt, often it is stripped of minerals and is more pure sodium chloride. Then depending on which one/brand type – you get, it can be iodized since iodine is something that people supposedly miss out on in the diet.

But table salt is not a good option for meat curing because of the addition it sometimes has of anticaking agents to stop it from sticking together.

These anticaking agents can have an offputting flavor I have found in meat curing, so I personally won’t use it.

There is another article I just read which also goes on about Celtic salt with a brownish color, I haven’t personally used this.

When I was traveling through Italy recently I do remember going into a café somewhere in Umbria around central Italy which had six different types of sea salt! I remember there was a blue Persian salt and also a black salt – ok I dug out the foto!

Now I did end up getting some black Himalayan salt last year, and it has this interesting sulfur kind of smell and taste. It seems to also be called Indian black salt.

Anyway for cooking, not meat curing we are generally always using sea salt or Himalayan salt.

Why is Himalayan Pink Salt Pink?

Himalayan salts have varying shades of color including white, pink and dark red. The pink or red color is generally attributed to iron oxide, copper or red marl (clay or silt).

What is in Pink Curing Salt?

Pink curing salt has two versions either number 1 or number 2.

Pink curing salt no. 1 only has sodium nitrite and sodium chloride

I’ve been reading the latest science on nitrates turning into carcinogens when heated to higher temperatures (350°F I think), I do not use pink curing salt number one for making bacon since I like to cook it until it’s crisp.

But I do use pink curing salt number one for pastrami since I won’t be smoking and cooking the meat much past it’s internal doneness temperature, which is below 350°F.

I use pink curing 2 for dry curing salami that I am not cooking with over 350°F,.