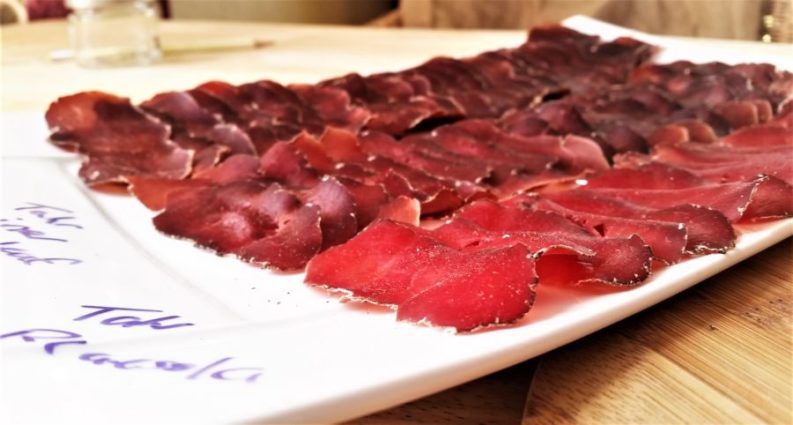 When many people hear “cured meats”, they first associate this with pork – but there are many cured meats that are not pork.

Likely, if you are looking at preparing a charcuterie board, you will be well versed in your search for cured meats. But, with many of them being pork-based, you might want to change things up.

This might lead you to look for different varieties of cured meats.

Of course, there are other popular options available as well, but these are some of the most flavorful and readily available cured meats out there.

It will depend on the region in which you live as to the price and the availability, but this range provides a few natural selections that will help you to spice up your cured meat menu- especially if you are attempting to avoid pork for whatever reason.

Substitutes for Cured Meats that Are Not Pork?

Whether you are looking to avoid pork for dietary, religious, or other reasons, or you are just hoping to spice up your charcuterie board, you might need to find a few alternative cured meat options for you and your guests to try.

Some of the best cured meats that are not pork include bresaola, cured wild game (venison and elk), turkey bacon, duck bacon, duck prosciutto, duck salamis, and beef salamis.

Paired well with various cheeses, nuts, crackers, and other garnishes, you are sure to impress your guests with the palette of flavors you have arranged.

Let’s get into some detail about these non-pork-based meats:

Bresaola is known to be one of the easiest charcuterie meats that you can prepare for yourself at home, though it is also generally available commercially.

This salted beef takes between 2-3 months to air dry, but then it turns into a delicious deep red color- hinting at a violet depending on the cut, seasoning, and curation.

It is sweeter in its aroma and tastes like a leaner beef version of prosciutto. Bresaola is most popularly served with bread with a little bit of olive oil and salt drizzled over it, sometimes with grated cheese on top, but it can be eaten alone (without being cooked).

Cured wild game can be a bit more difficult to come by in a standard commercial location (like a grocery store), but you can sometimes find it in a specialty meat shop, a butchery, or you can use what you bring back from your most recent hunting trip.

The flavors of cured wild game will up the menu of your charcuterie board by inviting new selections that many people do not think of.

Most commonly, cured venison will be seasoned with salt, pepper, juniper berries, and an assortment of other natural seasonings depending on the desired taste.

While cured venison (deer) is somewhat odorless, it can be a bit more difficult to prepare. If left to cure for too long, it can become overdry and a bit chewy. To ease this up for your consumption, be sure to slice it thinly, or buy wafer thin cuts.

Regarding cured elk, this might be a bit more difficult to come by than venison, but it truly depends on the cultural region in which you live.

It will have a gamier taste than pork, by far, but it can lose a bit of this during the curation process.

Cured elk, similar to cured venison, will be dark and color and rich in flavor. Just be sure to slice it thinly. You are sure to impress your guests with these non-pork-based cured meats.

Interestingly, many people forget that bacon is a cured meat, and it comes in many varieties. Turkey bacon is often selected over traditional pork-based bacon because of its healthier curb.

But, it still offers a unique flavor that is sure to wow you and your guests.

You will have to cook turkey bacon before you can eat it, as this cured meat cannot be served raw. Most typically, this cured meat is purchased commercially, but you can attempt to make your own.

Turkey bacon makes an excellent cured meat to bring for a tasty snack or to add a little variation to your traditional (t)BLT.

Duck bacon is another version of bacon that many people have never tried. Though pork-based bacon is easily replaced by turkey bacon in commercial options, you might have to hunt a little harder to find duck bacon. But, when you find it, the hunt is absolutely worth it!

Duck bacon is much healthier than traditional (pork-based) bacon as it is a much leaner cut coming from the duck’s breast. You can find it in a variety of the traditional bacon flavors like Applewood smoked among others.

Many people prefer duck bacon to turkey bacon (when replacing pork-based bacon) because of the dense texture that it offers- more closely resembling that of “real” bacon.

But, if you are on the fence, then you can always test it out to see which cured meat you prefer.

Another duck-based cured meat is duck prosciutto- one that gives traditional (pork-based) prosciutto a run for its money.

Interestingly, duck prosciutto has a much more strong presence of its “gamey” taste- something that is tougher to get used to if you are not already familiar with the flavor.

Because it is more of a leaner meat than the fattier pork-based version, it is a bit tougher to cook down, but some people enjoy that this adds to its overall appeal.

Next, as long as this meat has been properly cured, then you can serve it without having to cook it. Many find that this simplicity in serving adds to its overall enjoyment, too.

Most duck proscuittos are of a dry-cured ready to eat kind.

Yet another duck-based cured meat that you might not have ever heard of is the duck variation of salami. Duck salami is made in a similar fashion as other types of salamis – mainly pork.

Though, it has a rich, sweeter flavor as the curation helps the duck fat to shine in flavor.

Duck salami can easily be mistaken for pork salami in appearance as it is a deep red. But, you will find that the duck fat is speckled throughout (similar to some pork salamis, too).

Most often, duck salami is cured over the course of at least 2 months with a blend of spices including red wine and peppercorn among other ingredients.

Beef salamis are another beautiful rendition of salami that is not pork. Beef salamis bring the leanness that is prized in duck with the flavor that is beloved in many pork-based salamis.

Interestingly, beef salami is found almost as commonly as pork salami in commercial venues such as local grocery stores across the world.

The same principle applies to this type of meat- use the entire contents of the animal (in this case, cow) to perpetuate a beautiful, dry-cured meat product that can be used for a prolonged period of consumption.